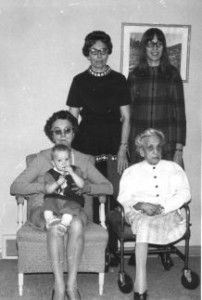 Five generations of cranky German ladies. From bottom right, clockwise: Alvina Pirius Quast (great-great-grandmother), Clara Quast Schultz (great-grandmother), Lavarian Schultz Post (grandmother), Jeanette Post Hauschildt (mother), and I’m the baby in Clara’s lap. Must have been taken around 1972 given my age in the photo; can’t be any later than 1974 as that’s when Alvina died. I was born in 1971 but have no memory of her at all.

While I was in Neuenfelde in 2006, Jürgen Hoffmann supplied me with a whole bunch of material on the Hauschildts, including a bill for blacksmith work from Caspar Hauschildt to a Peter Quast in Hinterbrack. Most of the items relate to horseshoes being applied or adjusted. 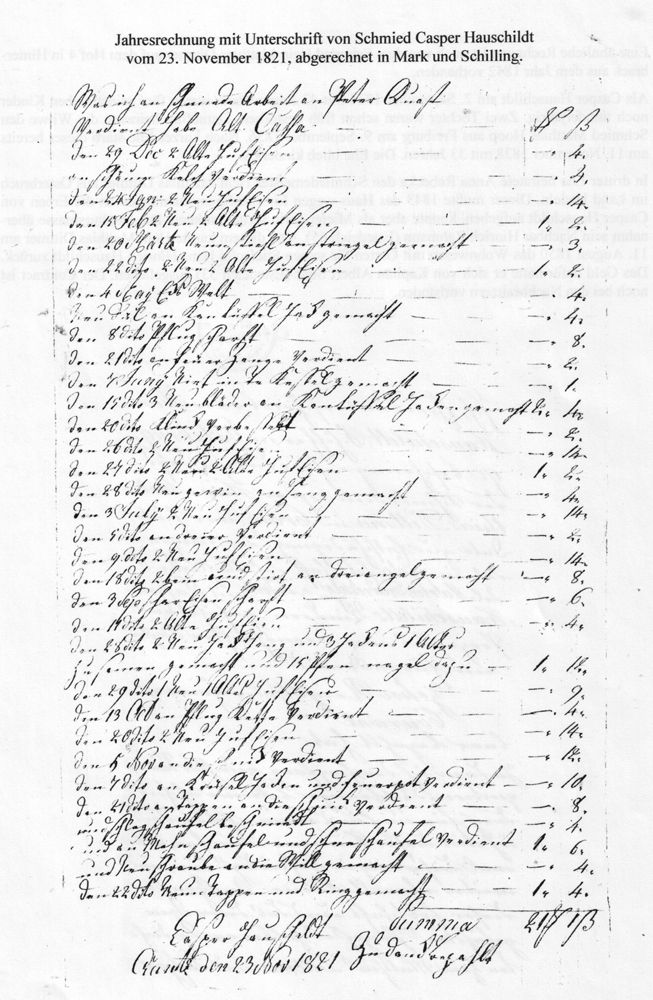 So there’s this guy in Cranz, Germany (near Hamburg) who has catalogued every house in the village and knows who lived there when, for years and years back. His name is Jürgen Hoffmann but you’ll never find him on the internet; his name shows up in passing but he’s got like zero presence online. Just one of those people you have to know about in order to find him.

Fortunately I was introduced to him by the Quast family I stayed with on my trip to Hamburg in 2006. He gave me a ton of information on the ancestors of Caspar Heinrich Hauschildt, who emigrated from Germany to the States, and in return I gave him info on Caspar’s descendants here in the US. Estedeich 69, Cranz. Caspar Heinrich Hauschildt (1859-1958) lived here as a child. The woman in the photo is the wife of a later owner. Shed behind the house Behind the shed was the smithy. Guest house near the smithy. The Hauschildt family lived in the white house with the side window.